The ancient monuments of India, people regarded as the embodiment of the cosmic laws, the reduced copy of the universe. In this regard, the physical nature of man and the different parts of his body were endowed with special symbols, for them, as it were projected universe. Subsequently, as reflected in the Puranas – took shape in the early Middle Ages, the sacred traditions of Hinduism, symbolism recedes into the background and become the most valuable social face of the man and his behavior, due to membership in a particular social stratum. In medieval sources, we find among the variety of ideas and views of a general view of the person who can be considered dominant. It consists in the fact that people in feudal India is not perceived in itself, not as a person and as a member of a particular caste – the social and religious groups, the inherited affiliation to which should define its behavior from birth to end of life. Caste was also the home of the man and his window to the world. Its customs regulate all aspects of human existence and any relationship with other people. According to the tenets of the Hindu caste status that a person receives at birth, to determine its behavior in the previous birth. This status is maintained for a person to death and up to the minute details of her behavior prescribed in all cases of life.

That is why, if the heroes of ancient and medieval Indian monuments had in the course of the plot to change its appearance or hide the origin to do so they are usually not able to, and surrounding easily guess that, for example, Rama or Lakshmana – not hermits and warriors – kshatrias, Draupadi – a princess, but not a servant. Typically story “Seventy stories parrot”: sipping too much, a potter collapsed on their products and hurt his face, and the King, taking him for a brave warrior decorated with scars, appointed captain. Potter willingly accepts the provisions of the new status honors. However, when the war break out, he quickly discovered his true nature. 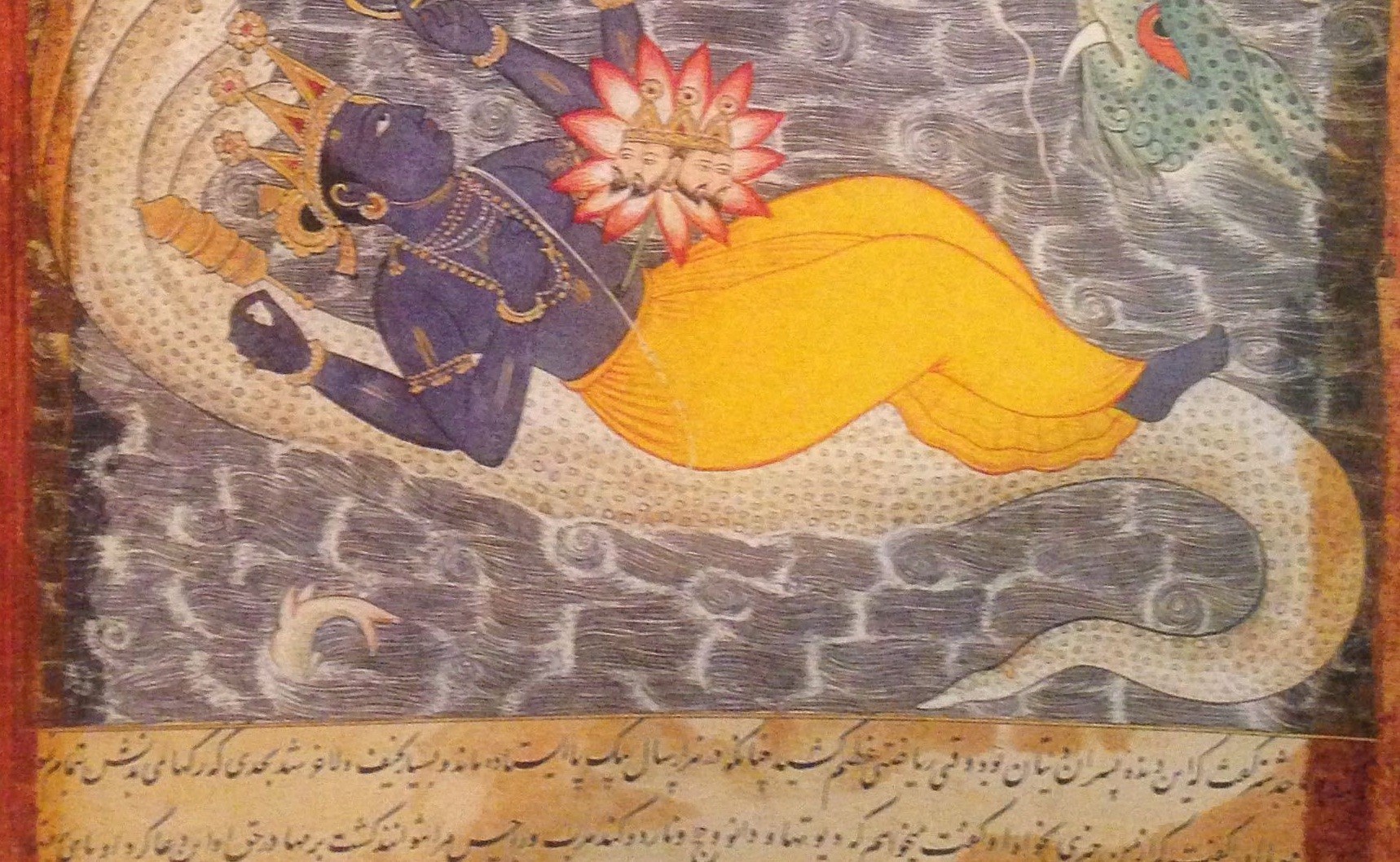 A similar motive – in the medieval fable on the jackals: fell into a vat of indigo, blue jackal was adopted animals for some higher order and was elected king. However, when at nightfall-heard jackals howling fellow, he immediately joined them and was exposed. Medieval authors, as well as their readers and listeners were convinced that caste determines all human actions, his feelings and nature, which is impossible to hide or change. Such representation is largely prevalent in the Indian mass consciousness to this day.

If, as often happened in real life, people from lower castes occupy because of their abilities or coincidence, high positions, sometimes even the royal throne, or showed unusual for them on a walking representation, valor and wisdom, medieval authors, from the comfort of such provisions in different ways, sought to somehow save the main principle. In Kashmir chronicle Calhau “Rajatarangini” (XII century.), Sage and scholar Sougia was untouchable candala. To mitigate the related circumstance contradiction chronicler reports that Sougia not belong to the lowest caste by birth, and was only raised by a female candala who “raised him not to defile the touch.”

Compliance with this version of common sense, no one is worried. In general, whenever in the course of the story the traditional approach could be affected, the authors sought to remove the contradiction. The hero or heroine, who, because of belonging to a lower caste cannot win the love of those who are above them in status, proved in fact the king’s children, kidnapped in childhood. Equally popular was the curse, they say, to condemn any of the gods to be born in a lower caste. Such tricks help to avoid conflict with the laid down in the sacred books and instilled in the minds of dogma. By similar methods, even if upgraded, often resorted to in modern time’s writers in Indian cinema.

The point is not that medieval authors deliberately sought to keep its audience in the traditional beliefs, although an element of social order had then place. Just the then people, including the most educated and wise, thought and perceived society within this framework. Anything contrary to caste-based approach to evaluating a person could be a mistake of nature or the gods, or the illusion and deception, but always the exception that proves the rule. Eventually the true nature of man was to be manifested.

Therefore, anyone perceived as a member of a particular social group, and assessed their characteristics depend entirely on how his behavior is consistent with the status of caste and caste dharma. Life is essentially provided no more than the fulfillment of dharma – the sum of the rights and duties prescribed over each caste, and it is his dharma, but in any case, not a stranger. As the “Bhagavad Gita”, the best bad execution own dharma than well-filled alien. The nature of man, his views on the world and behavior in various situations proved predetermined caste position. In the same attitude proved to the people around the person.

However, only the medieval Indian superficial view can be considered a machine, always adjusted to the mode of caste laws and customs. Often these laws and customs have come into conflict with reality, with human interests and feelings, drama Bhavabhuti “Uttara Ramacharita” (VIII cent.) Classic story “Ramayana” turned into a tragedy. Strict adherence to dharma, which in the eyes of many generations of Indians was the main advantage of Rama, the author does not boast, as demanded by the moral canons, and condemns, making a perfect epic hero in the complex, torn apart by internal contradictions figure. Blind and fanatical worship of the ancient law, the hero sacrifices dharma family happiness, pushes away relatives, friends, and the same people, the herald of dharma, in the service of which was brought to the victim.

Yet the implementation of the laws of caste remains a criterion of human assessment. Caste was the basis on which were based the advantages and disadvantages, the tastes and habits of human nature the most. It is no accident the Indian medieval literature static character, his character is determined in advance of his caste, and the monuments themselves were the estates-oriented values of certain categories of social groups. Therefore, in medieval India is easily distinguished, despite the genre and linguistic diversity, literature “knight” in praise of the heroic deeds and love affairs of the feudal lords, then the city, focused on trade and craft layers of the city and countryside. Estates nature of these monuments reflected in the fact that they have opened the world through the eyes of a particular social group, as referred to in these people embodied the positive ideals of their caste.