Achillas and Pothinus he soon paid for his treachery in the murder of Pompey’s life. Another participant, Theodotos, fled to Syria and lived there in poverty and contempt. After the death of Caesar, Brutus and Cassius blamed him for the murder of Pompey, betrayed him to an agonizing death.

The position of Caesar in the Alexandrian war became extremely hard when the rebels blocked the channels which carried water to the Palace, made the water in the tanks is undrinkable, conceding there water from the sea, took possession of the island of Pharos and in bulk. However, the mind of Caesar overcame these troubles. Caesar ordered to dig pits, and, thus, was obtained the water for drinking. A very brave Rhodian sailor Euphranor broke through with four ships in the harbor; the Egyptian squadron, collected by the tireless activity of Ganymede, was broken. After this victory, Caesar again took possession of the Pharos, and a part of the mound. Roman soldiers and sailors wanted to separate a part from that which kept the Egyptians; that they would cut access from the city to the Pharos. Nevertheless, the Alexandrians suddenly attacked them from behind, some were killed, others were driven into the sea, and many rushing to the boats, drowned. Up to 400 soldiers heavy infantry Caesar died; even more were the number of deaths of soldiers and oarsmen of the fleet. Caesar himself was in the greatest danger. Great boat, on which he was standing, was so full of people that started to sink. He threw himself into the sea and swam to the other boat; he had to swim 200 steps. The damage incurred by his soldiers, was difficult, but rewarded because they managed to harness the Pharos, and a part of the mound. 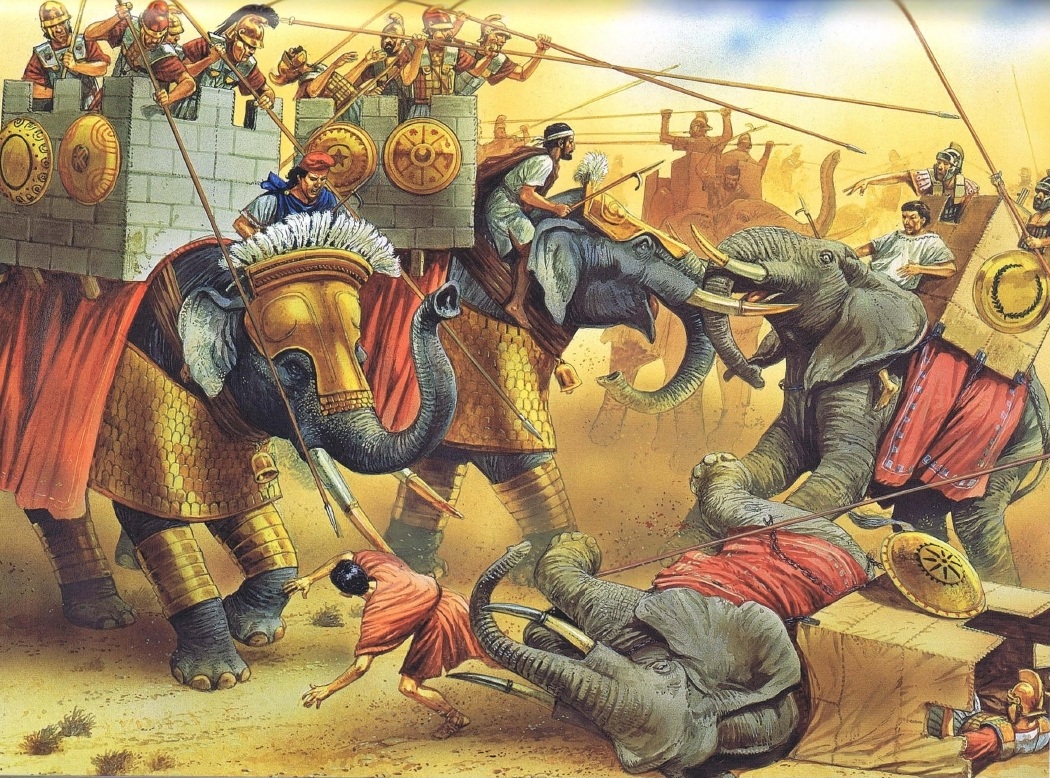 To reduce the irritation of the Alexandrians or variance between them, Caesar is released from-under guards of king Ptolemy Dionysus. The king, going to the Egyptian army promised to persuade him to surrender, but instead took the side of the rebels. In the new naval battle of Euphranor was killed. It was a great loss to Caesar. However, at the time it was coming through him. Mithridates of Pergamon, considered side son of the famous Mithridates, king of Pontus, came to Pelusium with an army, which was formed from units of different Asian tribes and joined by the detachments of the Edomite Antipater, and the princes of the Lebanese and Arab tribes.

The course of the Alexandrian war has now changed. The unexpected attack Mithridates took Pelosi and from there went to Memphis. The Jews, who lived in Memphis, could provide strong support, and to cross the Nile there was easier than to go through the sleeves of his numerous near the sea; and, besides many crossings, the coastal road was difficult: she was on the Sands and swamps. Knowing that approaching Mithridates, Caesar skillful movement around the lake Mareo lying to the South of Alexandria; the Egyptians, who had gone under the command of the king against Mithridates, did not manage to prevent connection of Caesar with him. After Caesar began to make attacks on the Egyptian camp, located in the hills between the swamps and the Nile River in such a position that seemed unassailable. For a long time all his efforts remained in vain; finally, one of the Roman troops managed to seize the hill behind the camp. Now victory was quickly resolved. The Romans attacked the camp from the front and from the rear, took it. The Egyptians masses fell under their blows. To be saved from death, the part of the Egyptian army rushed into the boat, thinking to swim to its fleet, which stood on the Nile. Among the dead in the boat was a king. However, uncrowded boat sank; the Egyptians, who had managed to escape from the sword of the enemy, perished in the waves of the river. Drowned, and king (’47). His body after a long search was found lying in the river silt and recognized the Golden armor.

Caesar went with his cavalry straight through to Alexandria; at his approach the Alexandrians were down, abandoned any thought of resistance, had gone to the trenches, threw down their weapons. In mourning clothes, carrying images of their gods, the population of Alexandria went out to meet the winner, begging for mercy. Caesar calmed them friendly speech, through the open gates of the trenches held by remaining in Bruchia the detachment of troops and was met by them with delight.

So ended the Alexandrian war. When he conquered Alexandria, and conquered the whole of Egypt. Caesar was able, unopposed, to turn it into a Roman province. However, he chose to set the dominion of Rome over Egypt under the form, less offensive to the population. He instructed the Board to Cleopatra and her younger brother, Ptolemy, a child who was declared her husband. To escort the Queen and the Roman rule he left in Alexandria a strong garrison under the command of brave Rufina, men, devoted him: this was the son of one of Caesar’s freedmans. Younger sister of Cleopatra, Arsinoe, and Caesar sent to Rome that it was not filed in Alexandria new troubles. The Jews, who lived apart from the rest of the population in one part of Alexandria, it is for their services to him gave all the rights as they used the Greek citizens, and provided them freedom of worship.

Winning the Alexandrian war and restoring peace in Egypt, Caesar with Cleopatra sailed a magnificent ship up the Nile to see the wonders of Egypt, and then went to a new campaign against Pharnaces, son of Mithridates the Great, who, using civil wars of the Romans began to expand their holdings at their expense.